There are few more audible sounds of life and movement than a car engine springing to life, or the particular sound of a plane’s propeller motor beginning to spin. These vehicles were more than a simple method of transport – they were status symbols, marks of wealth and opportunity. When a car is left, it is typically parked in a place that’s later returned to – but what happens when those owners never return at all?

Cars, trains, planes – each mechanical subject in this series has traveled its last mile, and is slowly being reclaimed by the world surrounding it. Paint peels away, rust settles into the door panels and floorboards, and dust and plant life creep gradually across silent motors that once roared with power. Our visual journey meanders through abandoned airport hangars, neglected garages of fire trucks, and lone cars hidden deeply in the woods. The breathless thrill of amusement park rides have shuddered to their final stop only to be discovered by our camera lens years later, never to be started again.

Mystery hangs in the air around these phenomenal finds – how did they arrive here? Where have their passengers gone? Soaring trees grow through the hoods of cars that are little more than rusted shells, while other abandoned cars still have air in their tires. We document these strangely poignant finds so that they may take one more journey, even now: through our eyes. 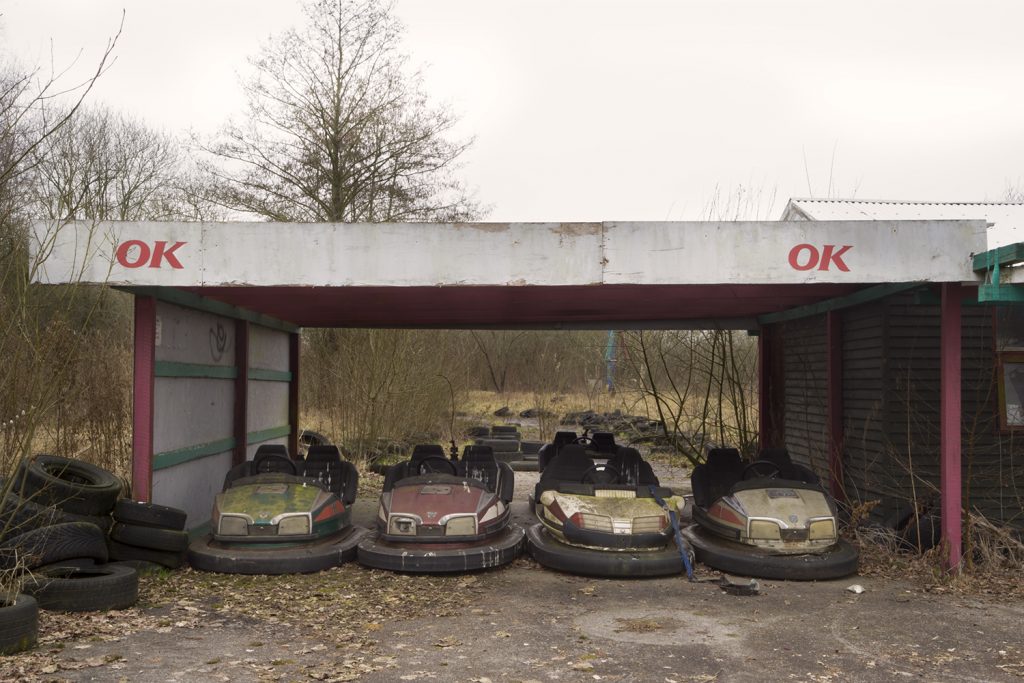 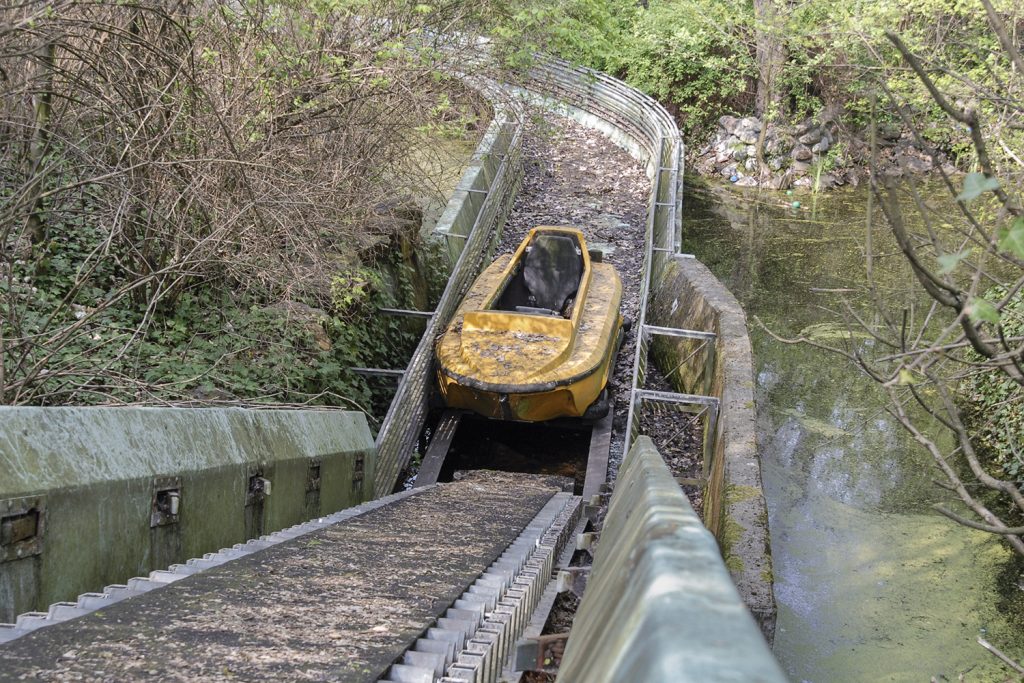 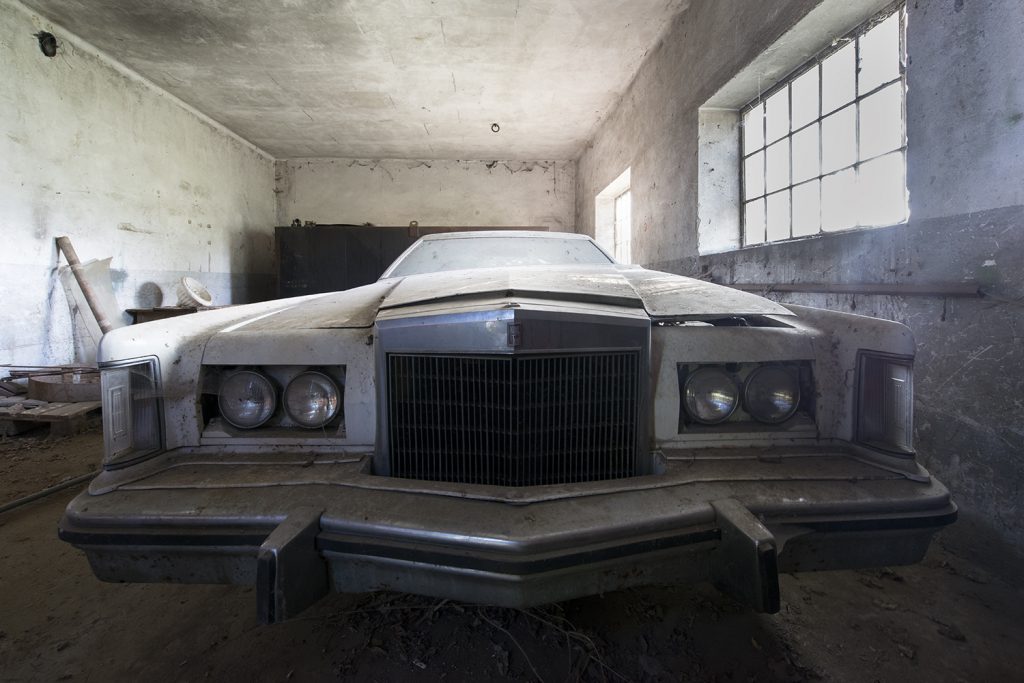 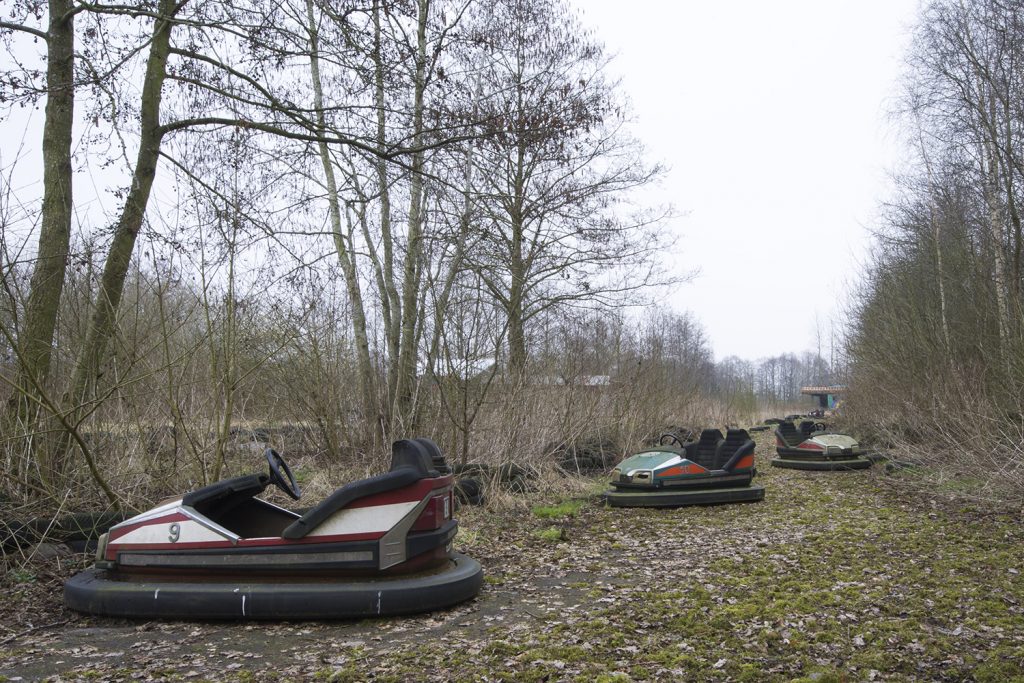 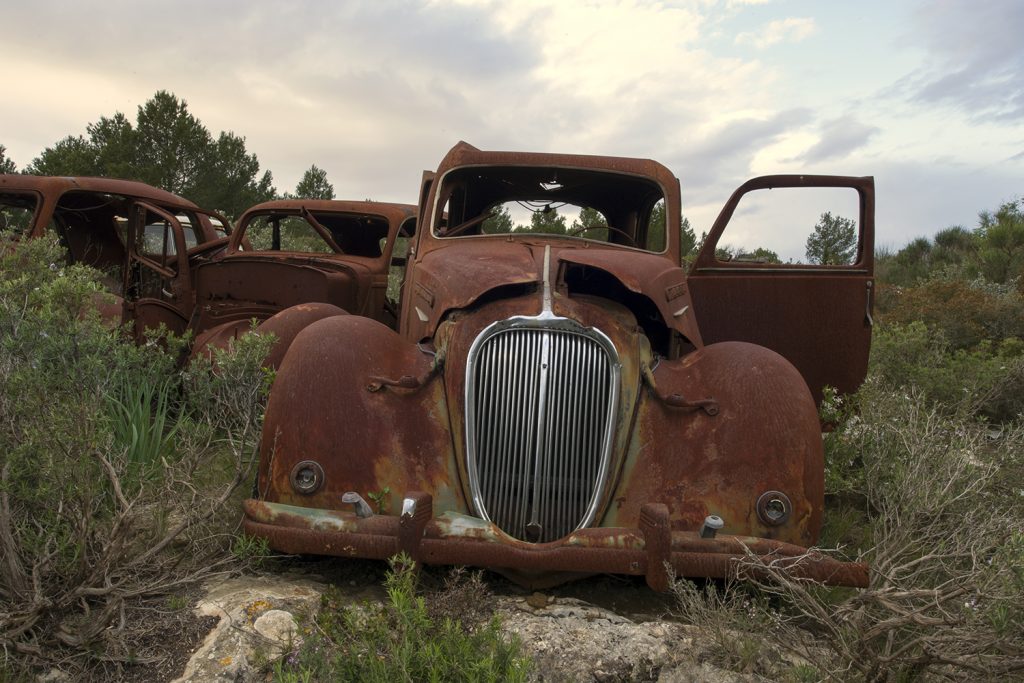 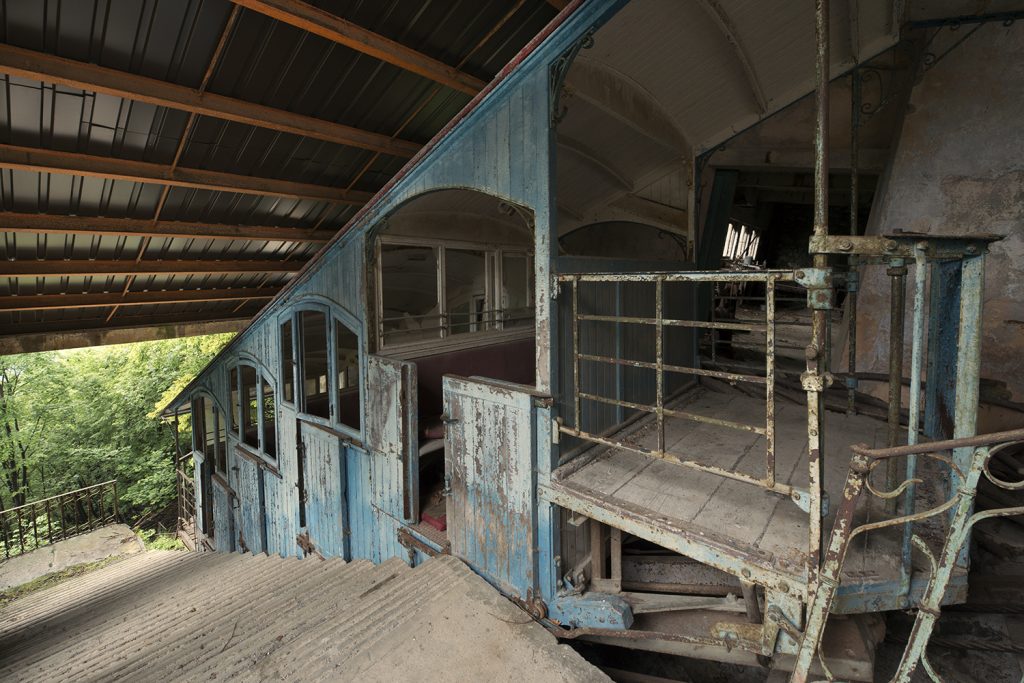 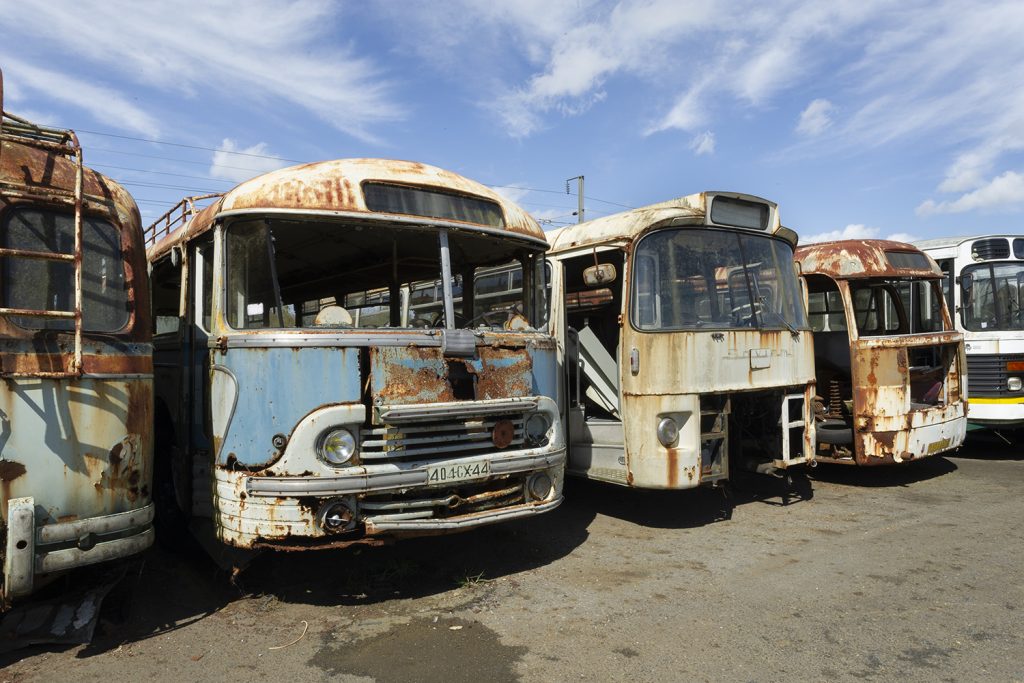 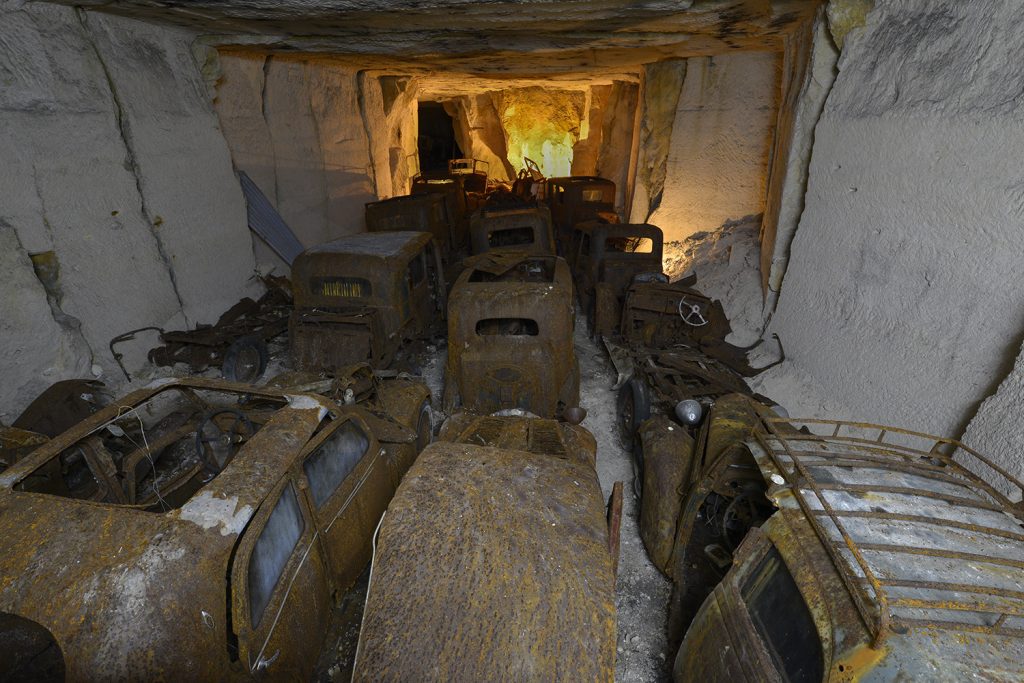 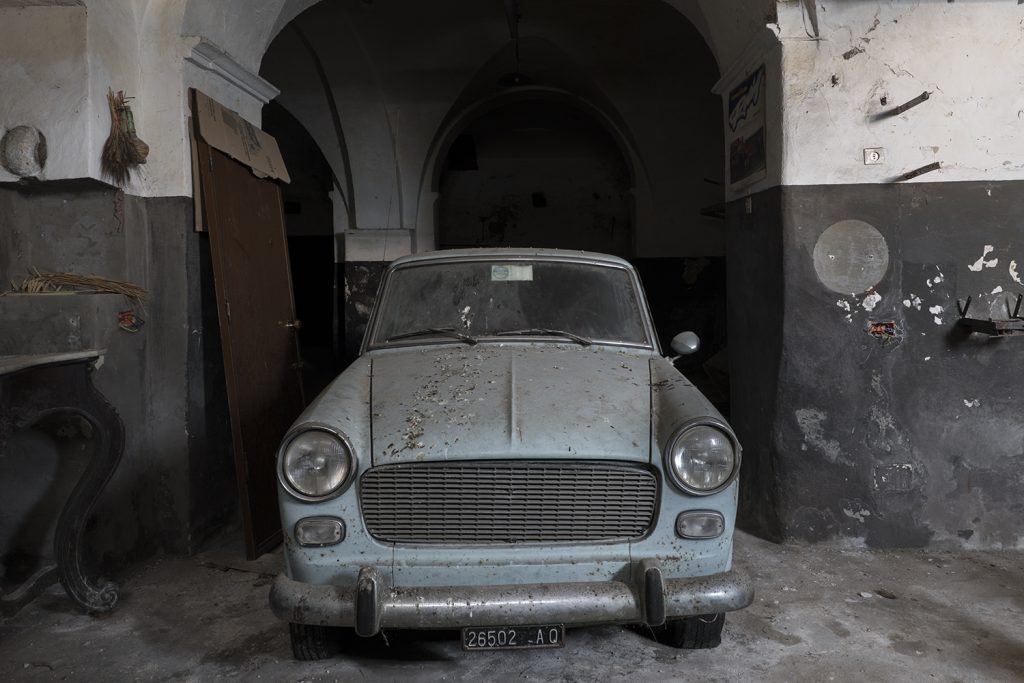 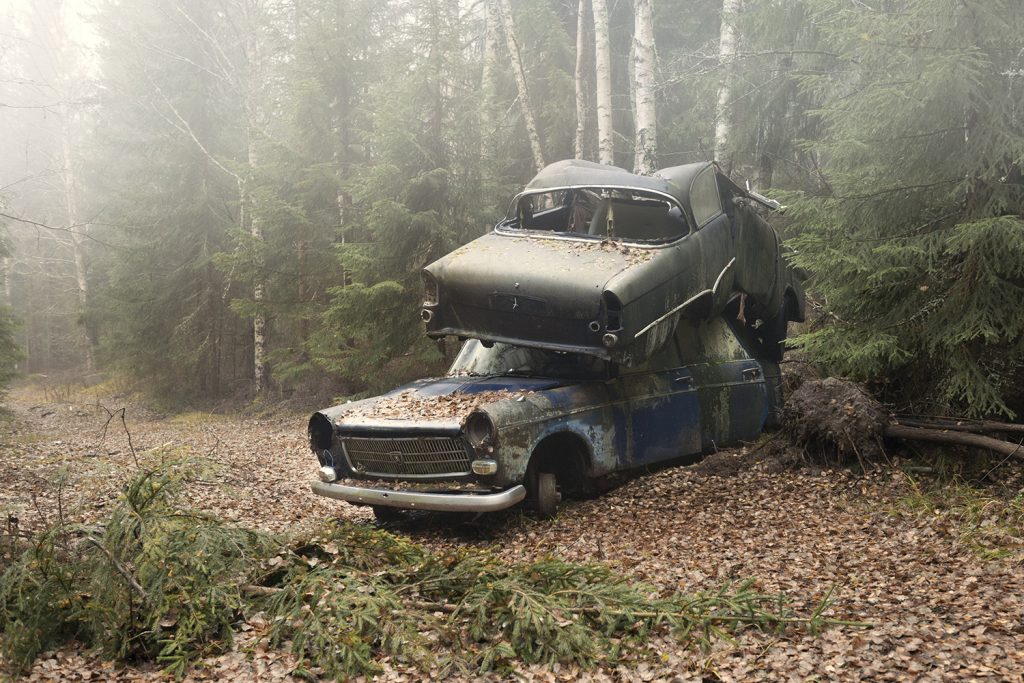 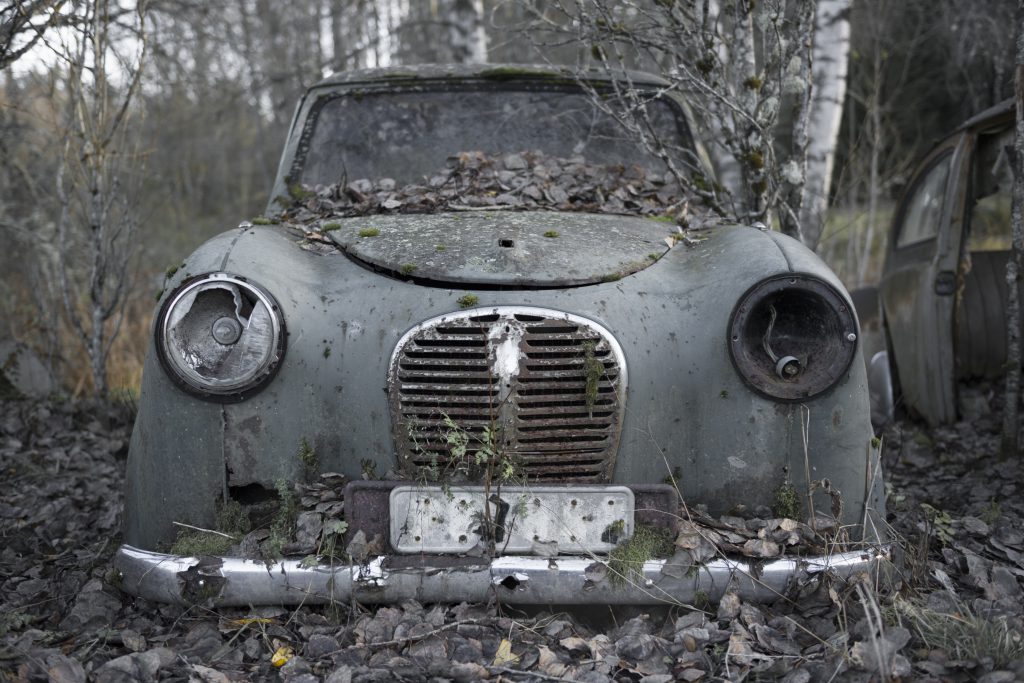 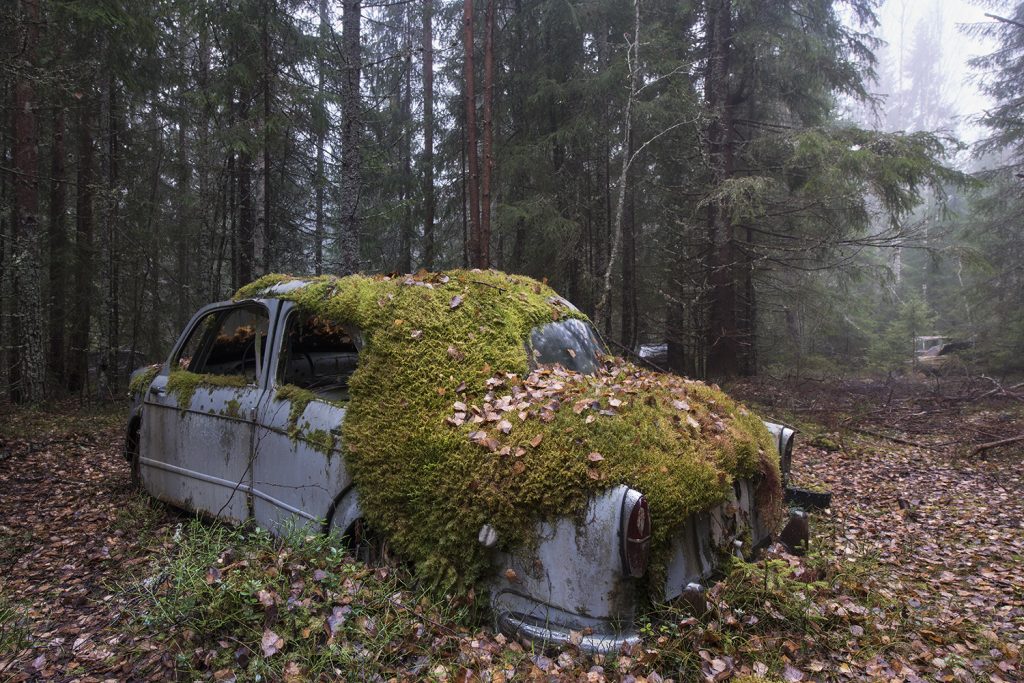 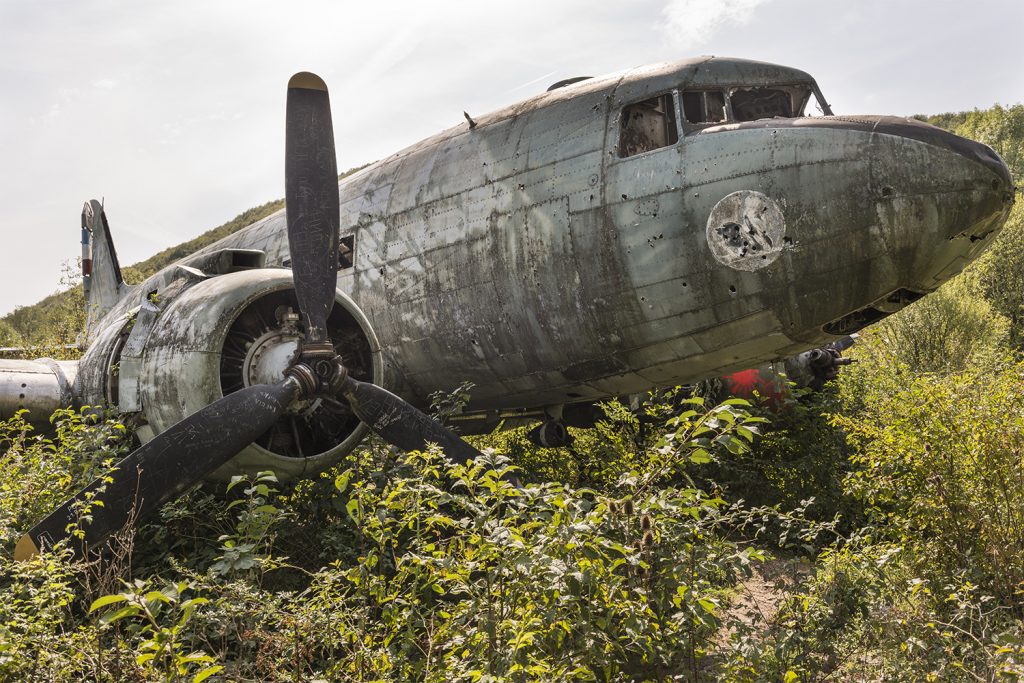 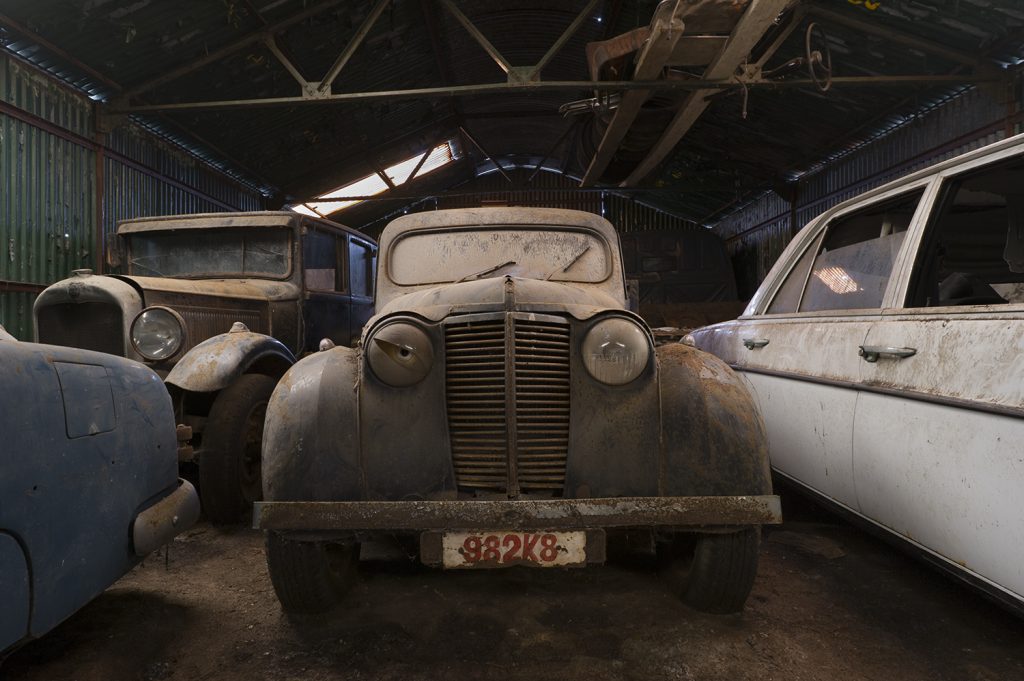 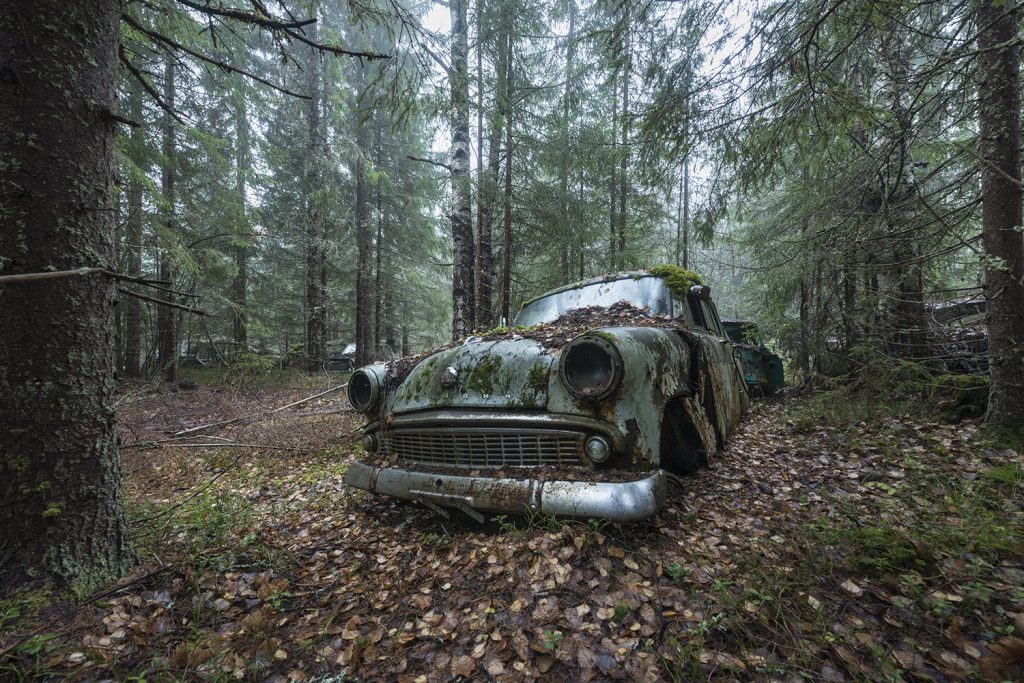 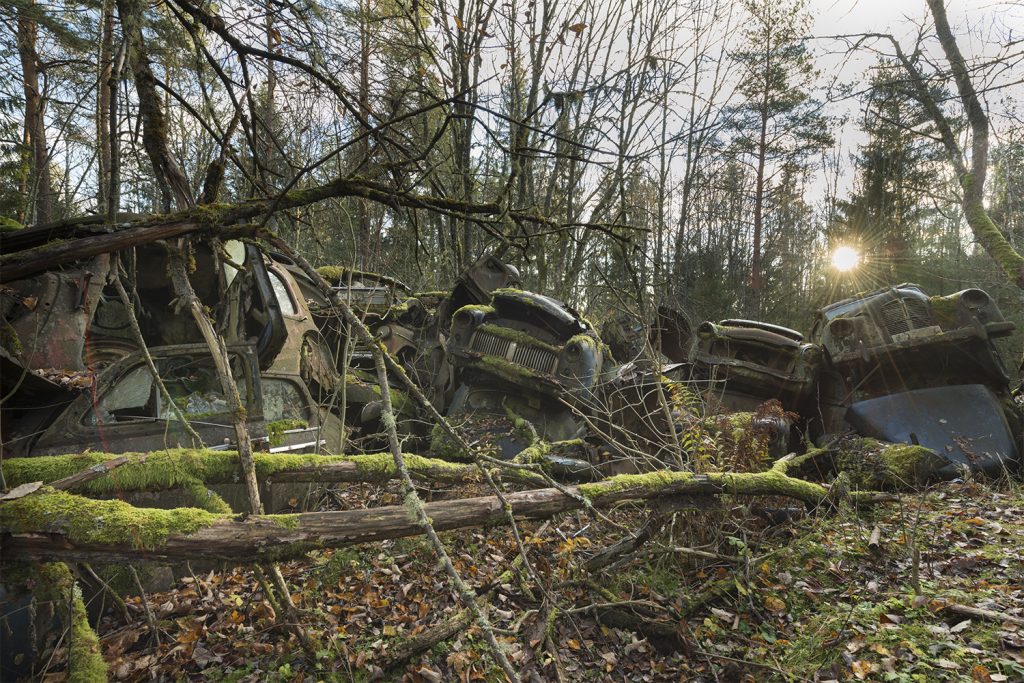 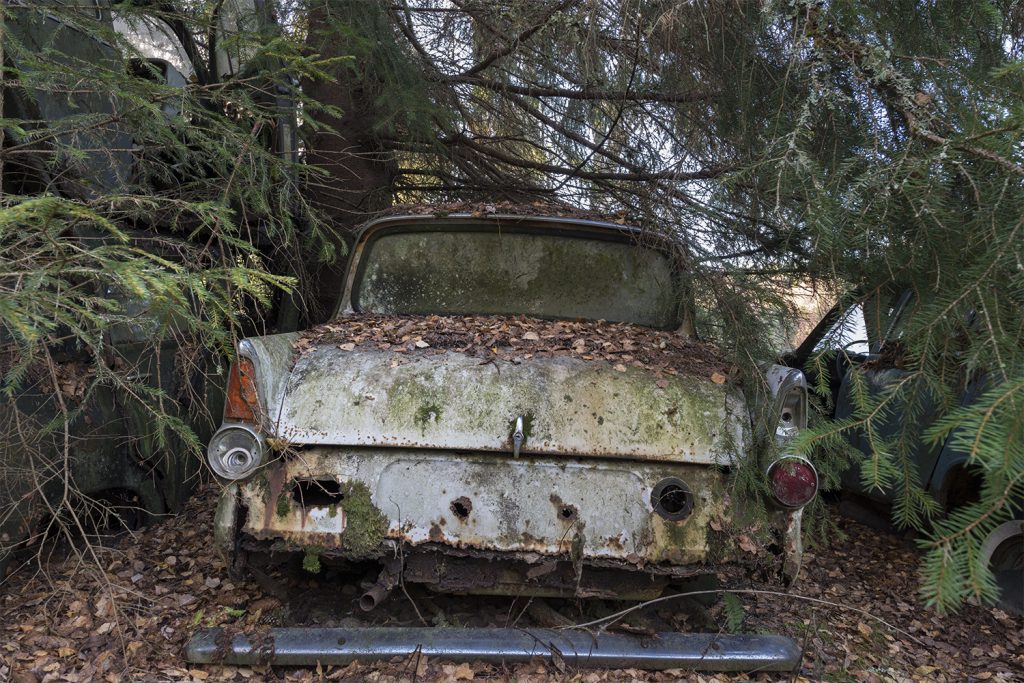 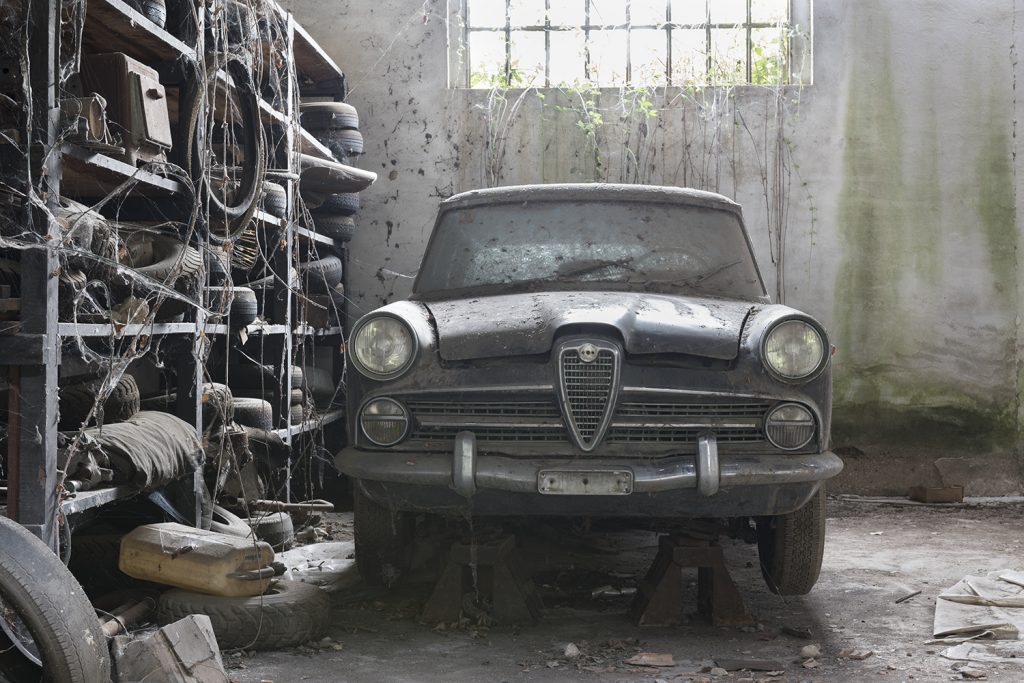 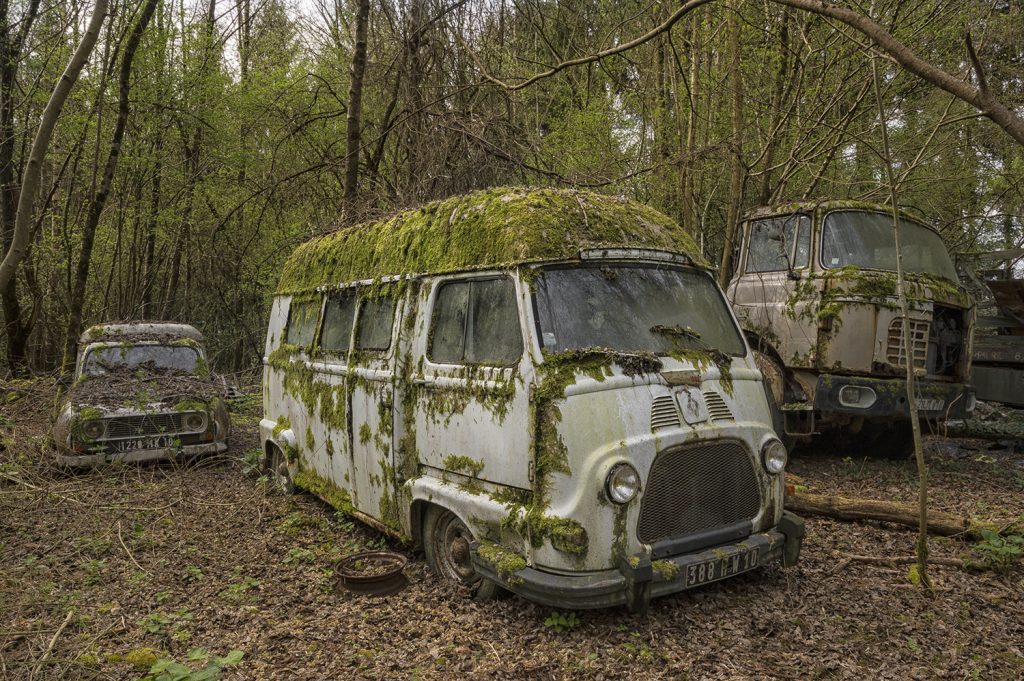 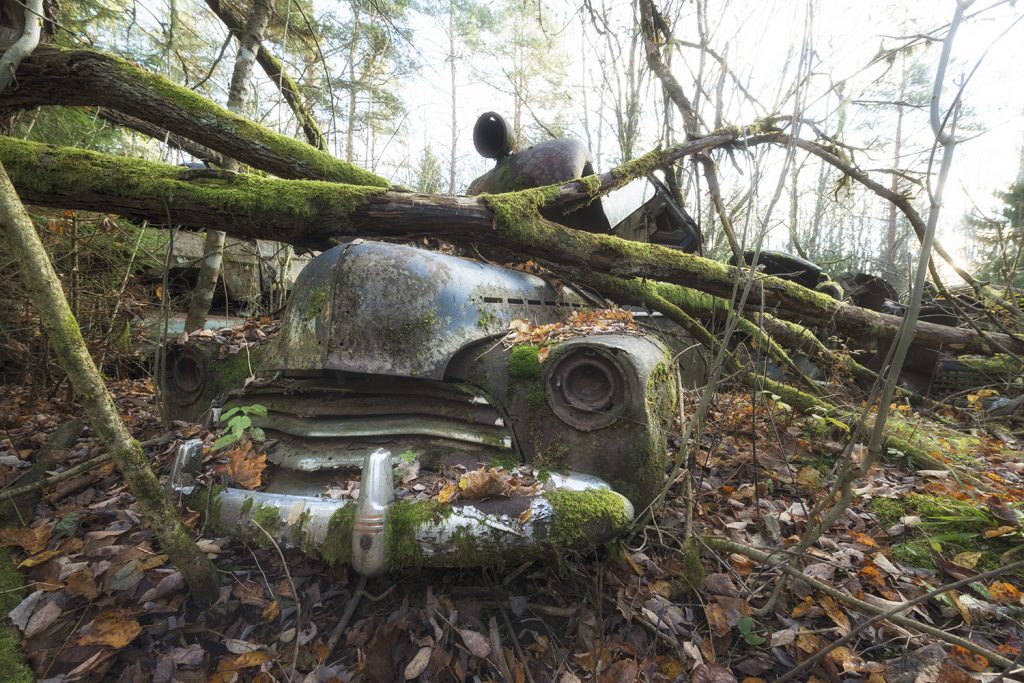 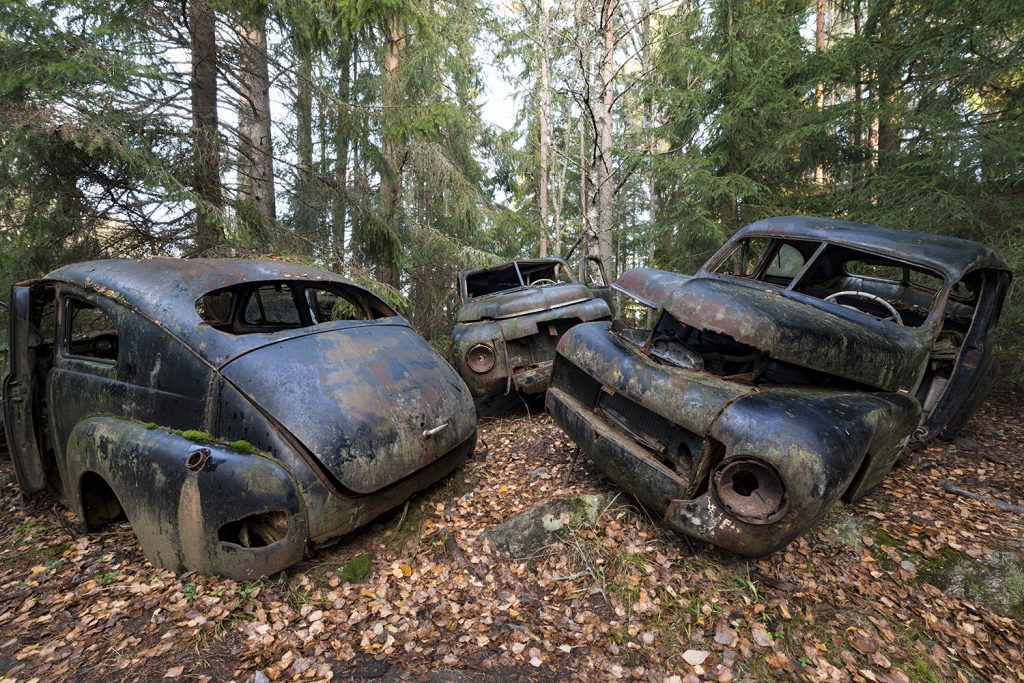 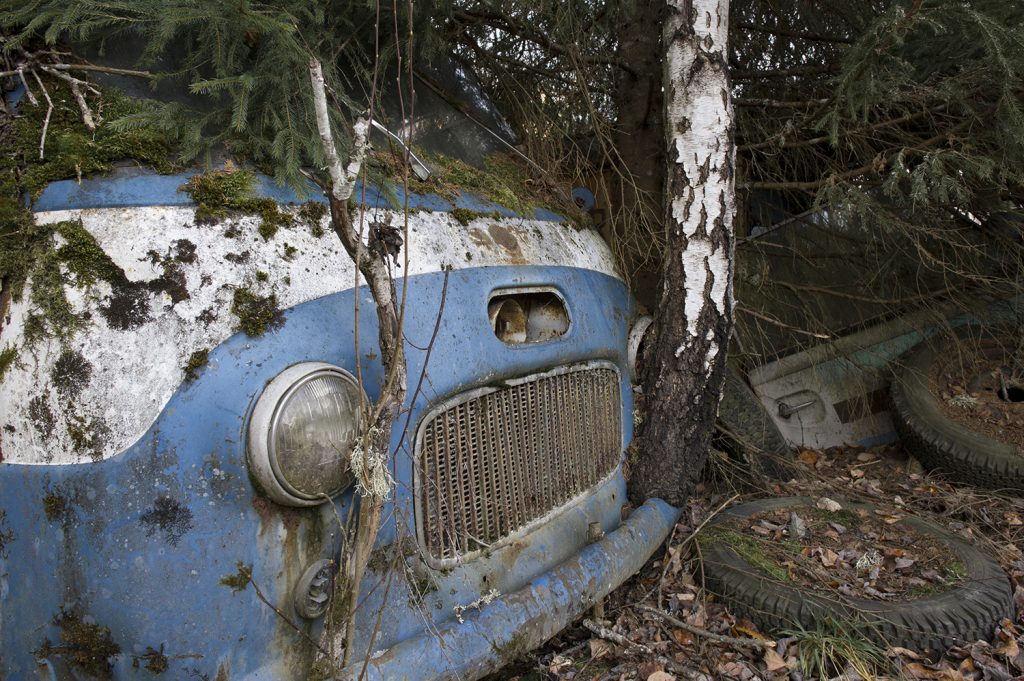 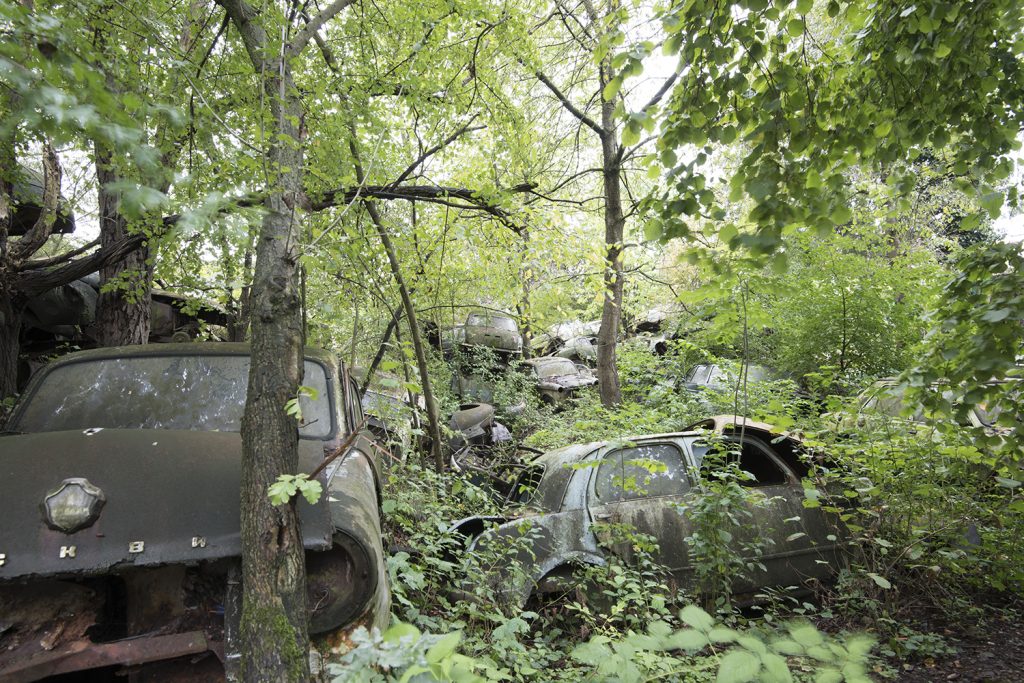 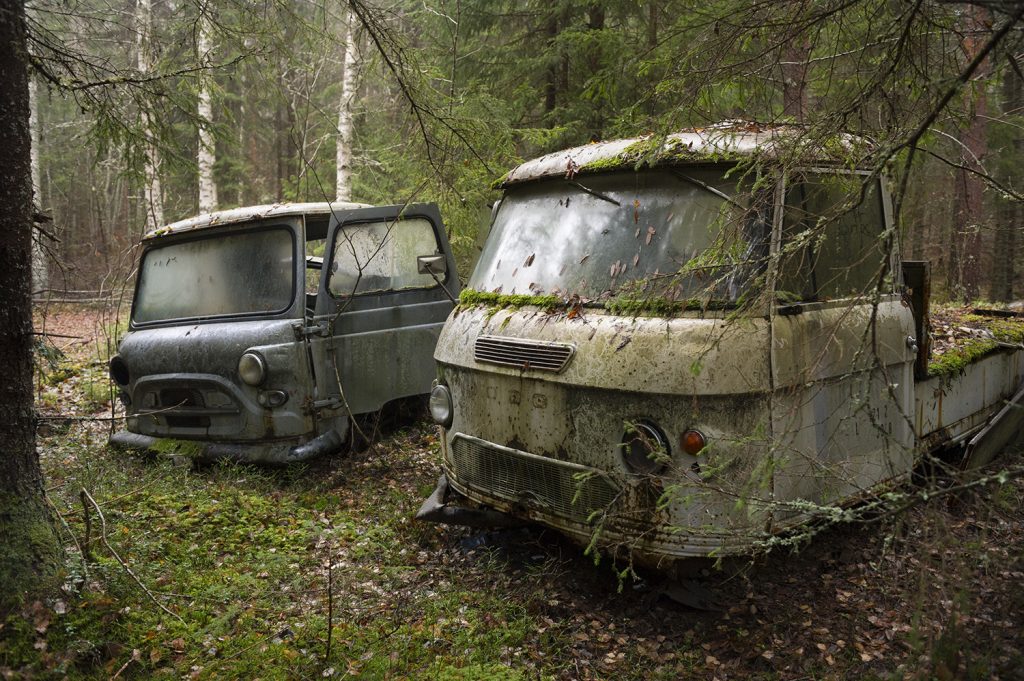 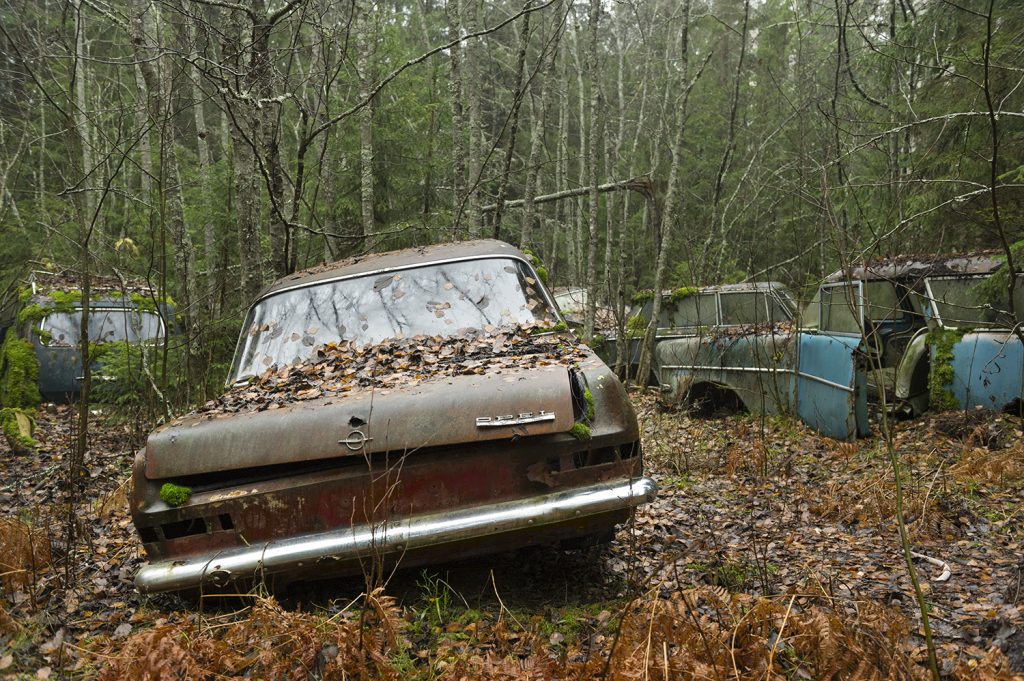 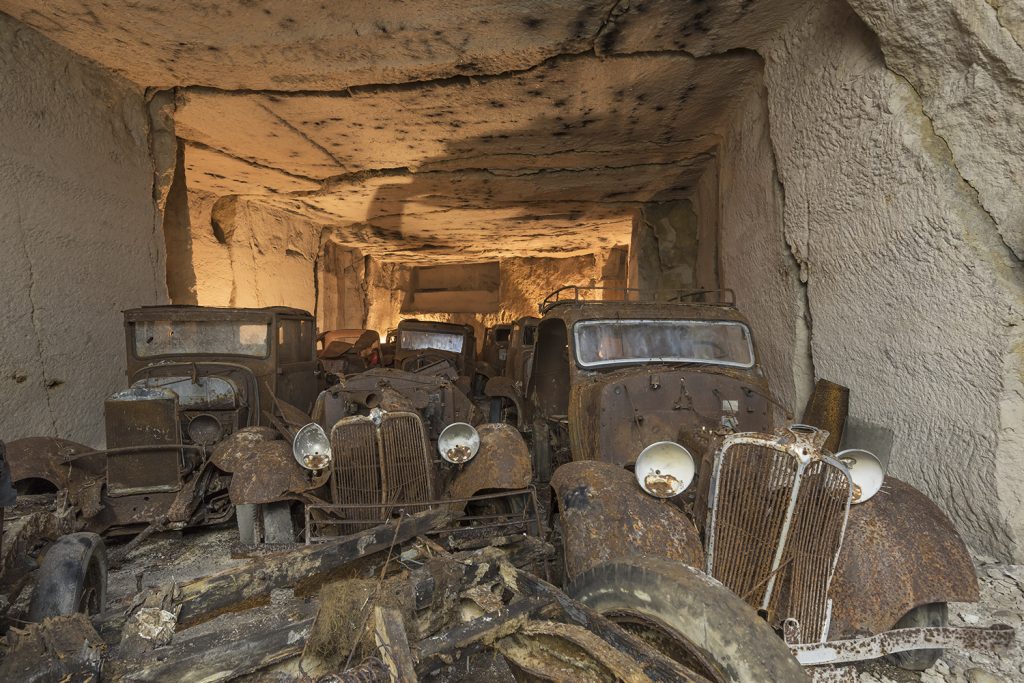 While shooting this series, we had an unusual and thrilling – if disturbing – moment. While exploring a large, abandoned factory building, we uncovered a series of rooms that were empty but for a little debris. As we came to the last, a huge shape was tucked into a far corner, under a dusty sheet. As we pulled it away, a completely unexpected sight greeted us: a broken, decaying hearse, more than a hundred years old. It was strangely fitting to find the final resting place of a vehicle that had been, in turn, the final resting place for so many.

If you have any question or you are interested in a photo print, please contact us we are happy to help you further