The buzludzha monument, a reminder of the communist time in Bulgaria 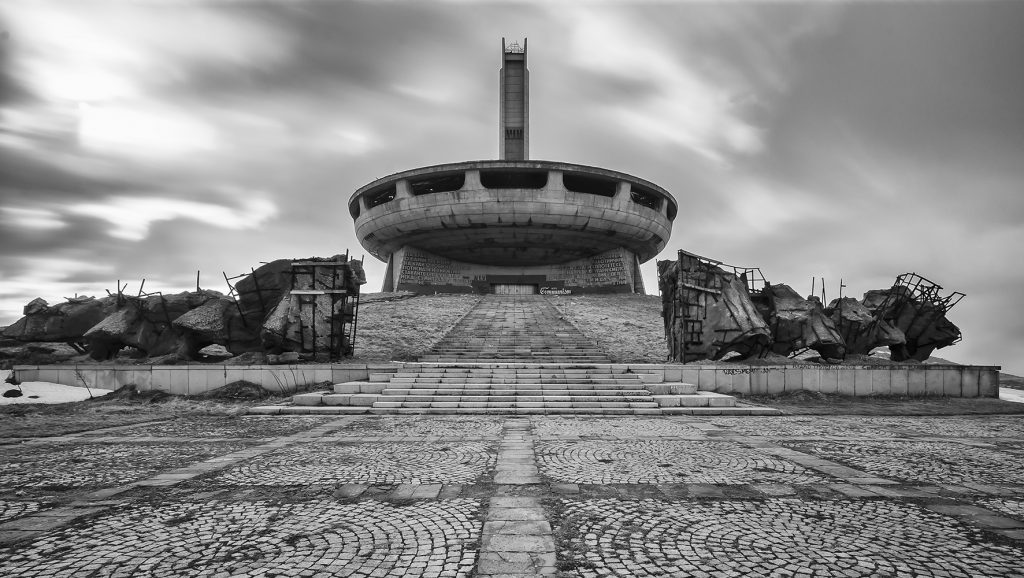 The monument of the Bulgarian communist party

The buzludzha monument is one of the world’s most remarkable abandoned building. The ufo shape makes it a weird architectural construction, it makes you wondering what it is or was. It’s a great example of the brutalism style, but this building still stands out in its extraordinary architecture.

By traveling around I came at some strange and unique lost places but this abandoned and neglected Soviet moment in Bulgaria stands out. Located hight in the Balkan mountains on a remote location but visible from a far distance away. The tower stands 70 meter high on top of the mountain and the huge red star in tower gets you attention right away. The star was a major symbol in communist times and In the building process it was an important element. 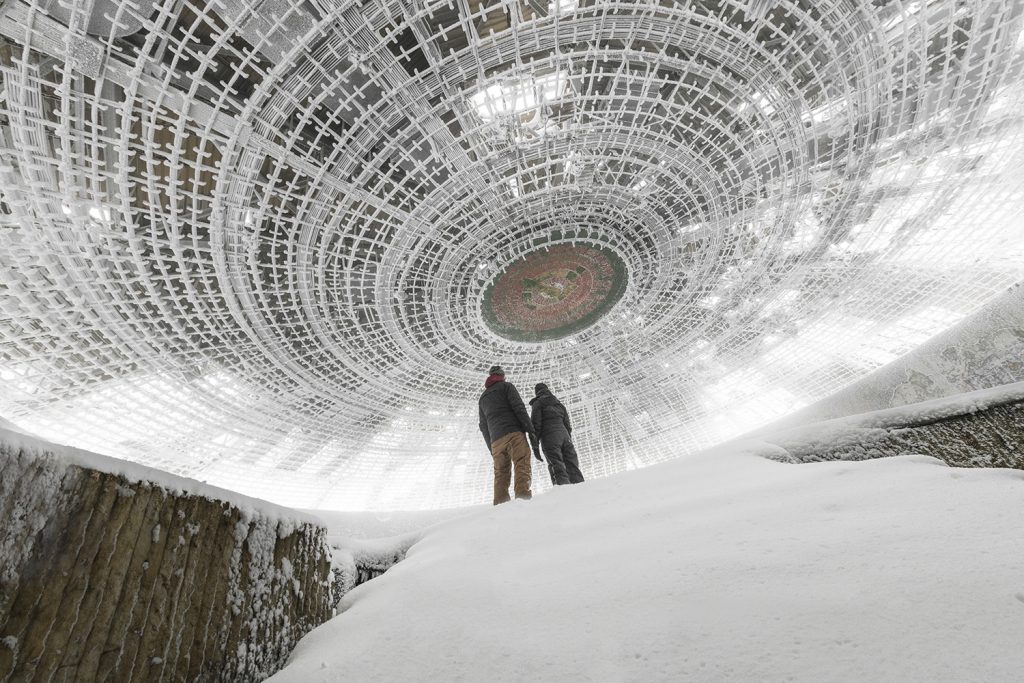 From the first moment I saw a picture of this monument I wanted to visit Bulgaria. Surprised I was with the design and the decline that took over the monument, what made it look apocalyptic. In wintertime it’s even more special, it becomes an unreal place when the inside is totally covered by snow and ice.

which season do you prefer – summer or winter Buzludzha

The place where this moment is built is an important place in the Bulgarian history. Three historical events have taken place here. In 1868  the battle between Ottoman Empire and the Bulgarian rebels took place here. Later in 1877-78 there was the Shipka pass battle, this led to the Bulgarian independence of the Ottomans.

In 1891 the democratic workers party was created on this mountain and later this became the Bulgarian Communist Party. 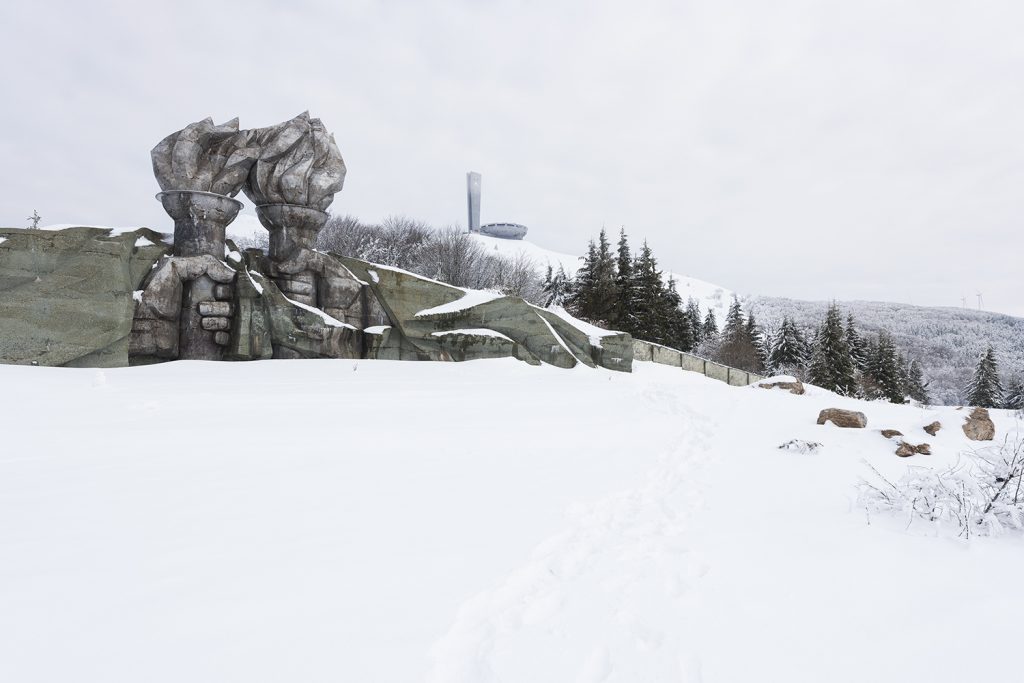 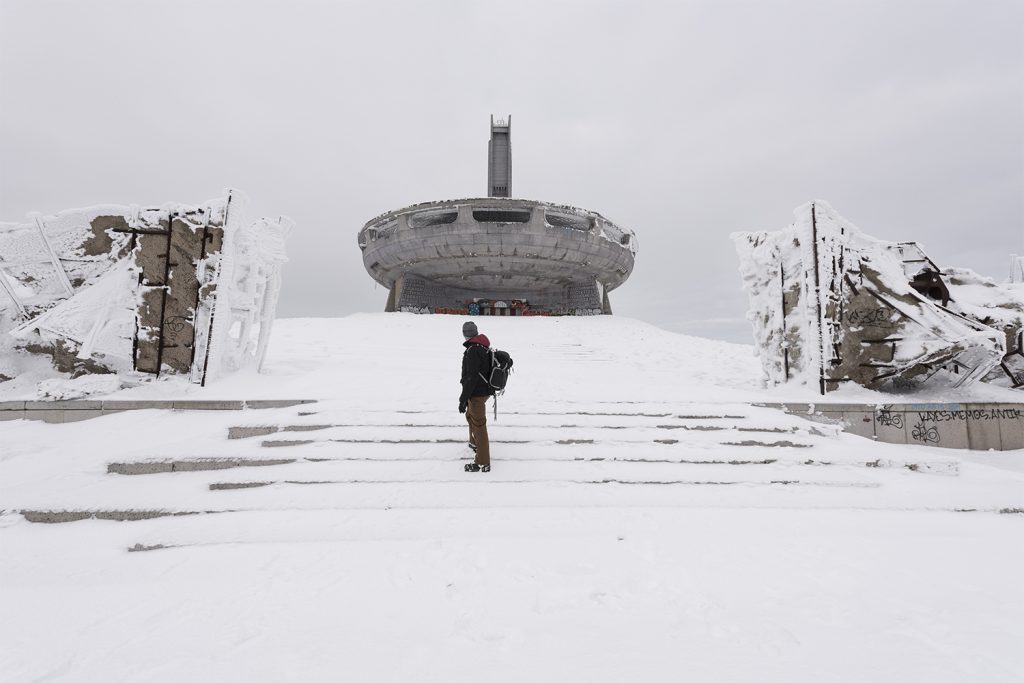 The building of the Buzludzah moment started 23rd January 1974. It took the Bulgarians 7 year to complete the structure. The project was huge, constructing the building was one part but getting everything up the mountain was an other quest. Roads had to be built, water and electricity had to provided on the mountain.

The architect of this colossal project was  Georgi Stoilov. In August 1981 he was very proud at the grand opening of the monument. The memorial house of the Bulgarian Communist Regime was a place where Bulgarians met and celebrate the regime. Also officials events and parties where organized on this mountain.

For several years an organization attempts to raise money for conservation and renovation.  As you can see the building is in very bad condition.  Achieving this renovation will cost an incredible amount, in my opinion this will not be achievable.

vieuw from on the 70 meter high tower

How to travel to budzuldza monument

From the capital city of Sofia it’s an 3 hours drive to Shipka, this town is located at the foot of the budzludzha mountain. Out of Shipka you take the shipka pass that’s an 40 minutes drive up the mountain. If the weather conditions are good you can drive almost to the front of the monument. Just be aware they don’t make the road snow free in winter time, there is a chance you have to walk the last meters or kilometers. But don’t let that stop you, the monument is most spectacular in winter time. On this moment the monument is sealed off and visits inside are not possible anymore. 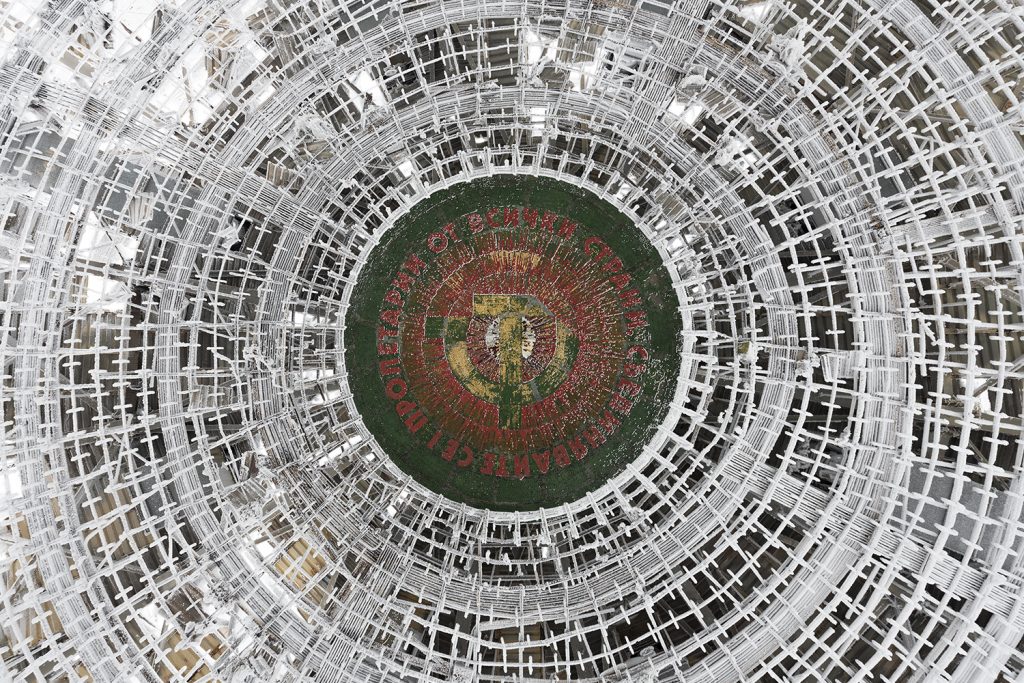 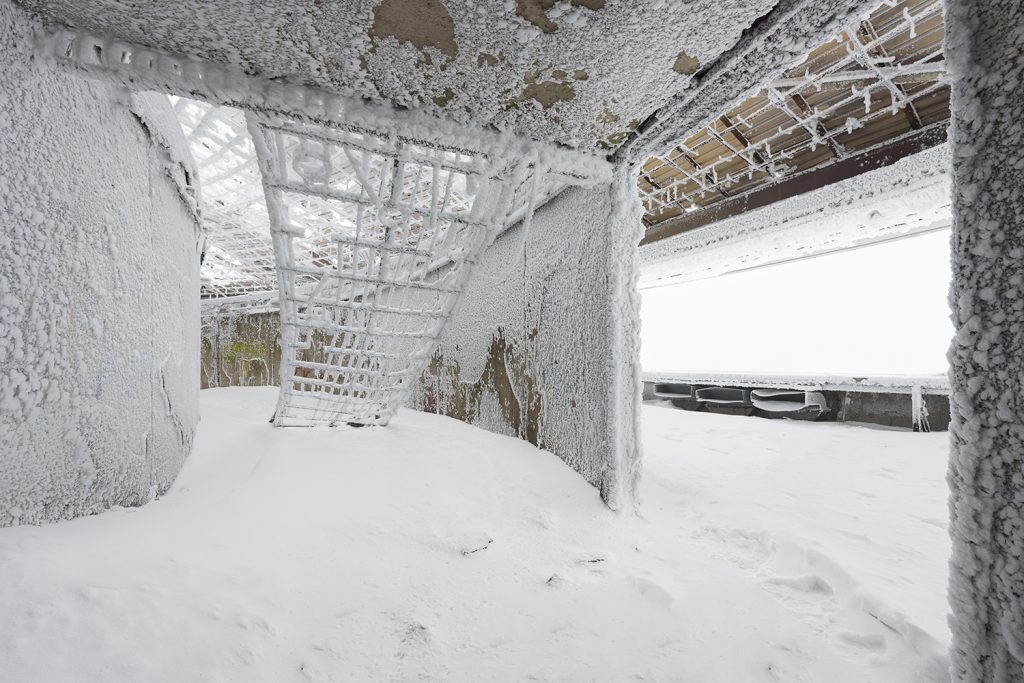 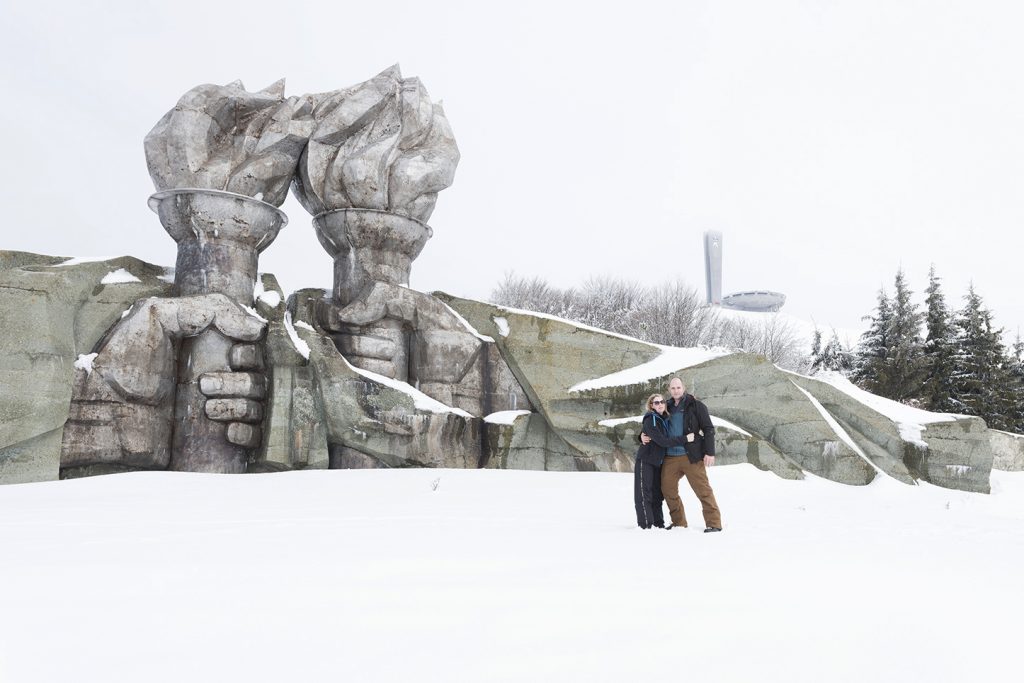